There are two websites that have additional information about Garrison and the Dickens Village Festival.

Plus pick up the Dickens Gazette, a free travel guide to the festival, when you get to town for all the news.

The following news stories give you a glimpse at some of the activities at the festival. 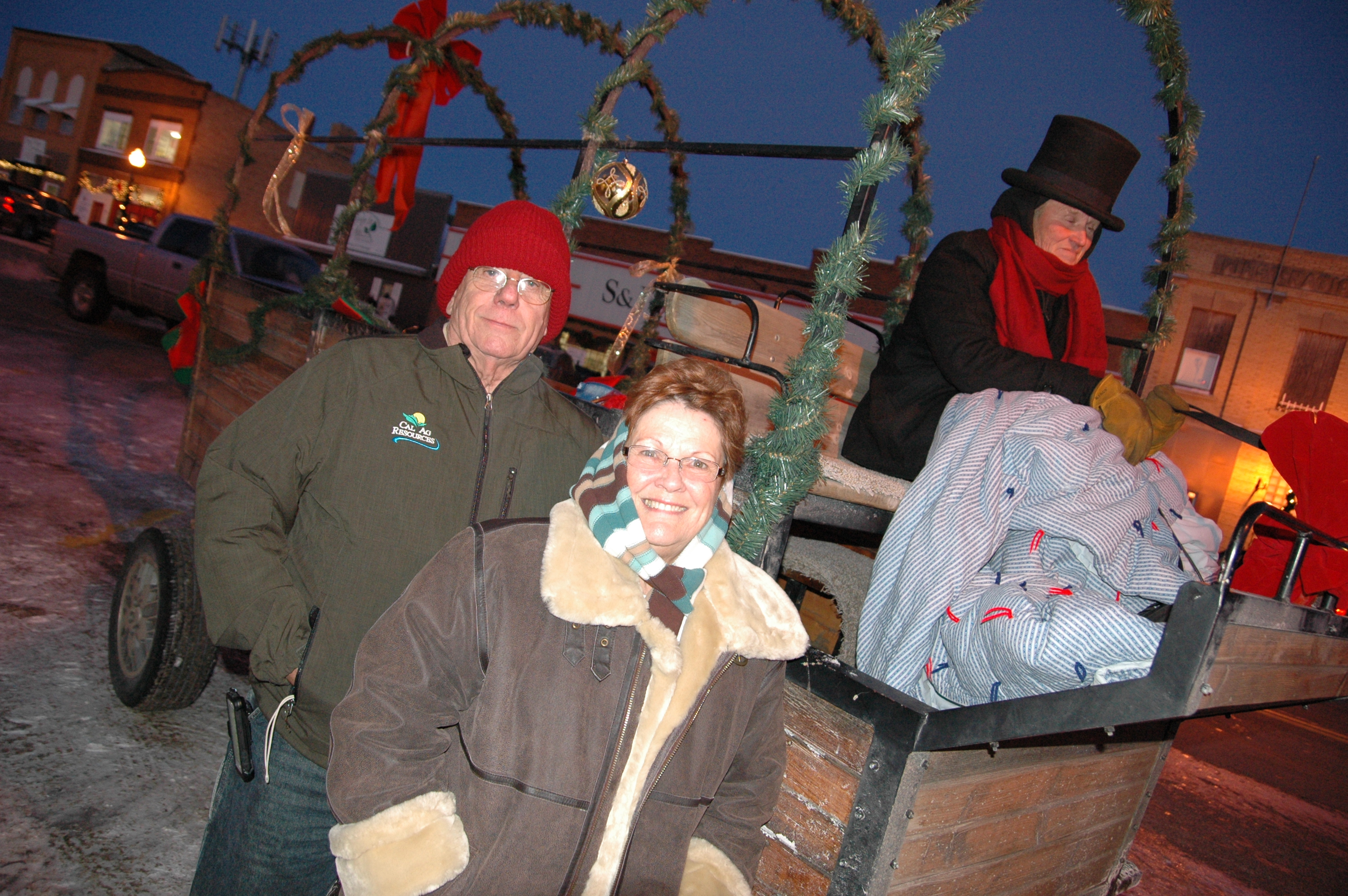 What do two Californians celebrating their 50th wedding anniversary do to observe the milestone? Head to Hawaii? No. Florida? No. Alaska? Not in November. They head to “balmy” Garrison, North Dakota to take in the Dickens Village Festival.

Visalia, Calif., residents Bill and Carrie Diltz are avid Dickens fans. Carrie has numerous Department 56 Dickens Village pieces. While the couple used to pack them away after the holidays, the miniature buildings now claim a permanent place, year-around, in the family home.

A couple years ago the two ran across an article in a magazine that told about Garrison's Dickens Village Festival.

“I said, 'we should do that someday,'” Carrie said. Last year, celebrating their 49th anniversary, Bill and Carrie agreed – for their 50th, it would be Dickens in North Dakota. Train reservations were made. Reservations for the festival were made. The date was set. “We came here just for this,” Carrie said.

Once in Minot, the couple flagged a cab for the 50-mile trip south to Garrison. The two stayed at the North Shore Inn & Suites, taking in nearly every event that took place this past weekend. Getting around town – the two employed the “Cash Cab.”

While the weather outside was frightful, inside it was so delightful – especially the hospitality. The couple couldn't say enough positive things about the community and the festival itself.

“Everyone on the street has been warm and welcoming,” Carrie said. “It's been really great.”

Relaxing at the English Market on a cold, crisp Sunday afternoon, the two said they were tired, but happy they'd fulfilled a promise they'd made to each other a few years ago.

Where Christmas Begins: Thanksgiving Weekend (Fri-Sat) & the Next Two Weekends in December (Fri-Sat)

How to order: Tickets go on sale by phone and online after 9 a.m. the 2nd Monday in November.