There are two websites that have additional information about Garrison and the Dickens Village Festival.

Plus pick up the Dickens Gazette, a free travel guide to the festival, when you get to town for all the news.

The following news stories give you a glimpse at some of the activities at the festival.

From England with Love

Nick Marsden and Bill Saunders, along with their wives, April and Mary, and the Marsden's son, Maddox. 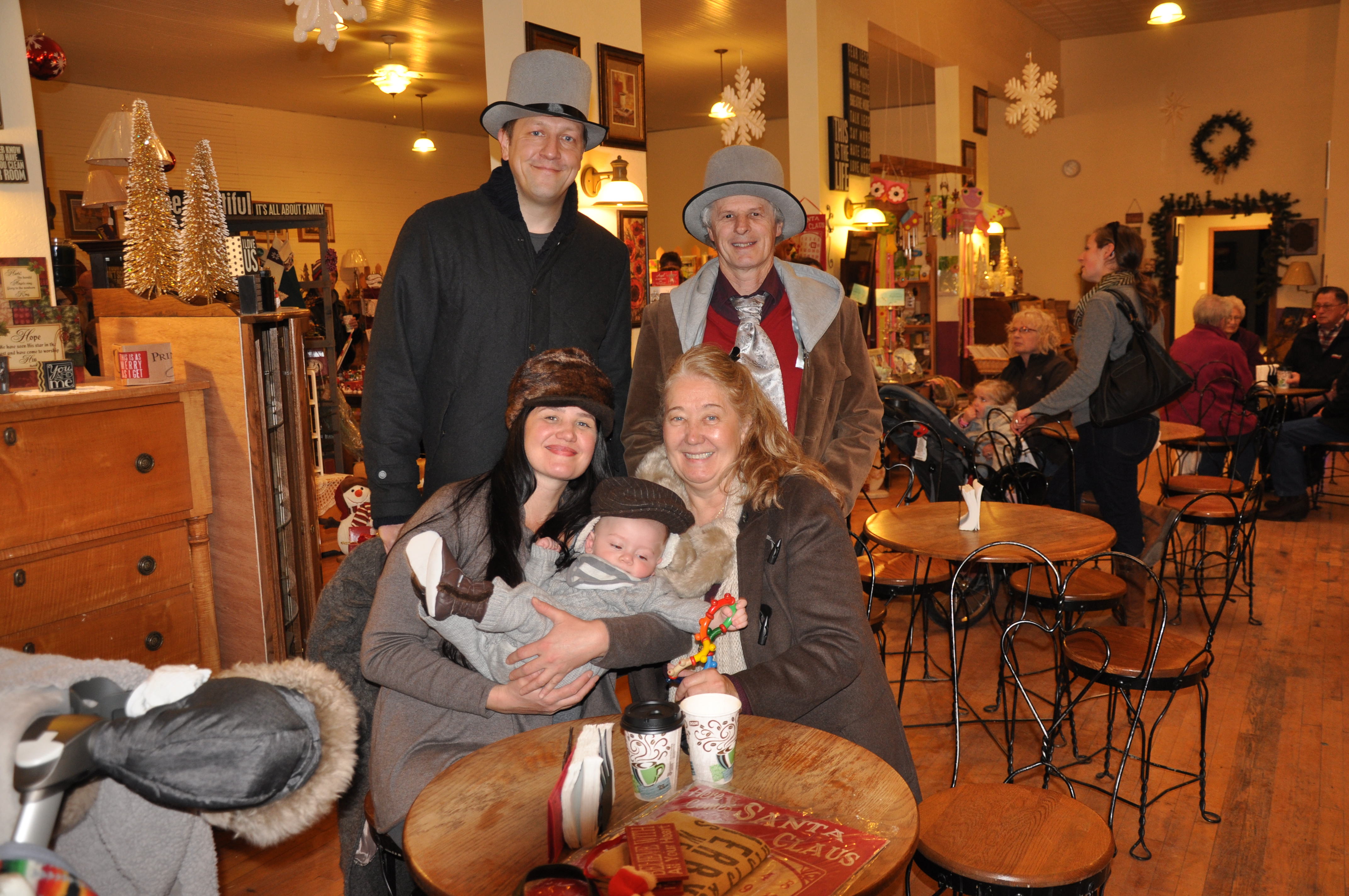 From England with love

Nick Marsden and Bill Saunders, along with their wives, April and Mary, and the Marsden's son, Maddox, all of Minot, came to Garrison this past Saturday to enjoy the Dickens Village Festival.

That's not so unusual, you say? Lots of people visit the community to experience a little English hospitality and take in the sights, sounds and smells of a small town that transforms itself into a quaint Dickens era village three weeks a year.

But for the Marsdens, Nick, specifically, attending the festival proved to be a little piece of home that filled a void – especially at Christmas time. You see, Nick Marsden is from England.

The Marsdens have been in the U.S. since September, making a whirlwind tour of the country before arriving in North Dakota on Halloween.

Marsden teases his wife, a Minot native, that she drug him here. The two met in Seattle, but Marsden jokes that he twisted April's arm to move to England. The two lived in Sheffield, the fourth largest city in England, for six years. With the birth of their son in June, the two decided to move back to the States to be close to April's family.

The Saunders family has attended the festival before, coming to Garrison six years ago, so they knew what to expect. Bill said coverage in a Minot daily newspaper enticed them to visit again. With his friend Marsden an Englishman, Saunders thought what better way to ease the qualms of a friend missing his homeland.

One of the first things to quell the homesickness was the sight of the Queen Elizabus. Carriage rides also caught his eye. The Dickens atmosphere seemed to help as well.

With Marsden being in Minot and his sister in Australia this year, their mother, back in England, will be alone for the first time at Christmas. That weighed on Marsden.

A new attraction at the festival, a London “Telegraph,” caught his attention. He quickly filled out a postcard at the Information Center at English Market in the City Auditorium. It's on its way to England – hopefully arriving in time for Christmas. Thinking of the small gesture, Marsden smiles: “My mom will be thrilled about that.”

It was just one way for Marsden to say I love you, and I'm thinking of you. “We keep in touch … I miss friends and family the most,” he said. “But being in the U.S. … I'm enjoying it.”

The two couples took in the afternoon entertainment – cowboy poet Bill Lowman. “He was funny,” Marsden said. “A solitary person.”

While the guys took in the sights, wandering Main Street, the wives headed to the stores to do some shopping. “They gave us the slip,” Marsden said with a chuckle.

Marsden said what impressed him is the friendliness of the community. “It seems close-knit,” he said. “Everyone is friendly … they have lots of time for you, and that's nice.”

Reconnecting with their wives and Maddox at Fezziwig's the couples relaxed before taking in more of the sights and sounds of the festival.

The couples said they were anxious, looking forward to the food vendors and lighted parade. The couple also hoped to catch the SACA production of Charles Dickens' “Cricket on the Hearth” stage play at the KOTA Theater.

From what they had seen to that point, the festival had been just the antidote Marsden needed to feel right back home – if only for a day. Of the festival, Marsden said, “It's great.”

Where Christmas Begins: Thanksgiving Weekend (Fri-Sat) & the Next Two Weekends in December (Fri-Sat)

How to order: Tickets go on sale by phone and online after 9 a.m. the 2nd Monday in November.